"Climate sensitivity" claims are based on models not observation. There is no empirical data showing CO2 acting as a GHG.

In fact, there is a fantastic physical observation that totally debunks the “CO2 is a GHG” fallacy.
It’s just lying there waiting for a grad student to seize hold of and destroy the AGW hypothesis once and for all.

What is it?
The massive CO2 emissions from certain volcanoes, like Mt Nyos in Africa, provides real-world events that provide data on the “heat-trapping” effects of high concentrations of CO2. But apparently no scientist has seen the connection between the theory and the physical data available for them to use to test the theory.
The theoretical basis of AGW is: “Increasing concentrations of atmospheric CO2 will increase surface temperatures.”
An ideal experimental design to test that hypothesis would have scientists injecting massive amounts of CO2 into the atmosphere and then monitoring local temperatures. Evidently no scientist has been able to conduct such an experiment. Instead we have amateurish propagandic showcases like Bill Nye’s jar full of CO2 “experiment.”
http://wattsupwiththat.com/climate-fail-files/gore-and-bill-nye-fail-at-doing-a-simple-co2-experiment/
Mother Nature helpfully implemented the experimental design:
“On August 21, 1986, possibly as the result of a landslide, Lake Nyos suddenly emitted a large cloud of CO2, which suffocated 1,700 people and 3,500 livestock in nearby towns and villages…
“Carbon dioxide, being about 1.5 times as dense as air, caused the cloud to “hug” the ground and descend down the valleys, where various villages were located. The mass was about 50 metres (160 ft) thick and it travelled downward at a rate of 20–50 kilometres per hour (12–31 mph). For roughly 23 kilometres (14 mi) the cloud remained condensed and dangerous, suffocating many of the people sleeping in Nyos, Kam, Cha, and Subum.[4] About 4,000 inhabitants fled the area, and many of these developed respiratory problems, lesions, and paralysis as a result of the gases…”
http://en.wikipedia.org/wiki/Lake_Nyos 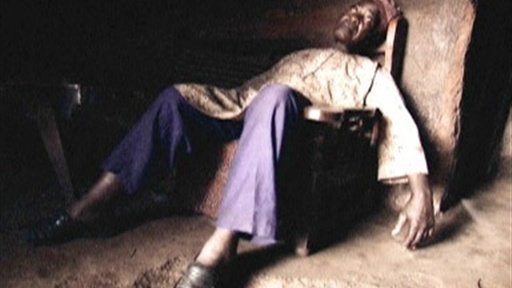 So, in Mother Nature’s experiment, she created a 160 foot thick, 14 mile long atmospheric concentration of CO2.
The research that needs to be done would involve collecting temperature readings from before, during, and after the CO2 cloud covering the area.

The AGW hypothesis would be: In the areas subjected to the experimental increases in concentrations of CO2, temperatures will increase following the IPCC’s “sensitivity formula” for CO2’s effects on surface temperature.
The experiment has been conducted. Someone just needs to collect the data. Fame, fortune, and the survival of the free world await.

Does America Need a Common Core of Cultural Literacy as a National Curriculum?

Conservative" blabberers have totally skewed reality on this issue.

The "conservative" Rage Against Common Core is being fanned by special interests.

The problem is NOT a "Common Core" for American children to be introduced to, learn, and appreciate American culture and learn basic skills (reading, writing and arithmetic). We MUST have a Common Core that propagates American culture through the generations.

The problem IS the content of the Common Core, while the Education Establishment is controlled by anti-American Politically Correct Progressives.

We had a Common Core for many generations of American students. One of the best examples of this American Common Core is the McGuffey Readers:

"The McGuffey Readers reflect their author's personal philosophies, as well as his rough and tumble early years as a frontier schoolteacher. The finished works represented far more than a group of textbooks; they helped frame the country's morals and tastes, and shaped the American character. The lessons in the Readers encouraged standards of morality and society throughout the United States for more than a century. They dealt with the natural curiosity of children; emphasized work and an independent spirit; encouraged an allegiance to country, and an understanding of the importance of religious values. The Readers were filled with stories of strength, character, goodness and truth. The books presented a variety of contrasting viewpoints on many issues and topics, and drew moral conclusions about lying. " There is a newer version of the American Common Core, introduced in the 80s and 90s, E.D. Hirsch's series provides a clear curriculum for American Cultural Literacy. The titles of the series were: What your ____ Grader Needs to Know. Every American school SHOULD use the Hirsch Common Core of Cultural Literacy to educate American kids.

When you talk to my kids (not to blow my own horn), you'll find that they can carry on a conversation about any issue from American/world history/culture/politics. This is because they were raised on the American Common Core. It was introduced to them as "fun" reading and activities outside their school work.

If American schools used the Hirsch Common Core as the standard, there would be a flowering of American culture and a renaissance of America.

It's only possible with a Common Core--one that celebrates America's greatness. The problem is that today's Education Mafia's Common Core tends to DENIGRATE American greatness.
Posted by Kent Clizbe at 1:08 PM 1 comment: