What is Political Correctness?

[This article is an excerpt from my book, Willing Accomplices.] 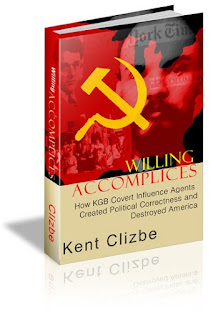 What is Political Correctness?


PC is easier to identify than it is to define.

It is an attitude more than it is a philosophy. The attitude is easy to adopt. No thinking is necessary. No introspection or reflection is required. The attitude is handed down to PC believers fully formed.

A Hollywood insider, quoted in the Radoshes’ Red Star OverHollywood could have been describing PC Hollywood, when he described his relationship with the communist party [my substitution of “PC” for communist party]: “when I joined [PC] I was handed ready-made friends, a cause, a faith and a viewpoint on all phenomena…. I learned the [PC] view… on everything under the sun. An airtight, ready-made worldview came along with [being PC].”

That’s the essence of PC—it’s so easy to be PC. No thinking required. No need to deal with messy evidence and conflict, debate and discussion. The PC powers have spoken, case closed. Debate is over, time to act.

Implicit in the attitude/definition is the requirement that PC believers must be dedicated to “changing” America. So for each of the “…sucks” credos above, there is a corresponding “change” that PC-Progressives seem to believe is required.

Straight white non-Americans are more likely to be PC-approved than not, but it’s a bit tricky. If they have a cute accent, like an Aussie or a Brit, they’re probably okay—see Julian Assange, for example. Italian, French, Dutch, German, and most Russian, straight men are probably okay. This is a tricky business for the PC doyens, so it’s best to check with an expert—like any American student under 21. They instinctively know who’s okay, and who isn’t.

If they are straight white males, they can be given a PC pass if they give a lot of money to PC causes (AIDS, hunger in Africa, Democrats, global warming, recycling, and abortion) and/or if they publicly denounce Republicans, straight white men, or anything related to traditional America.
An ethnological study of PC society is long overdue.

I invite anthropologists to begin such a study so that the next edition of this book can include a more scholarly treatment of the question, “What is PC?”

Not PC
To end this attempt at defining PC, it would be best to provide a few examples of things that are not PC:
The Boy Scouts of America Oath:
On my honor I will do my best to do my duty to God and my country and to obey the Scout Law; to help other people at all times; to keep myself physically strong, mentally awake, and morally straight.

Christian wedding vows:
In the name of Jesus, I ___ take you, ___, to be my (husband/wife), to have and to hold, from this day forward, for better, for worse, for richer, for poorer, in sickness and in health, to love and to cherish, for as long as we both shall live. This is my solemn vow.

Believing that life begins at conception and that killing a pre-born human is murder.
Using firearms to protect yourself.
Using firearms to hunt cute bunnies and other furry creatures.
Using firearms for anything except rounding up haters.
The Republican Party.
The Tea Party.
American conservatives.
Anyone or anything that indicates belief in traditional America or traditional American values.
Anyone who is in favor of enforcing immigration laws, or enhancing the legal protection of America with more strict immigration laws or enforcement.

You can likely add more examples to this list.

PC is a silent censor of our public and private discourse, and even thoughts. The PCThought Police are nearly here.

Posted by Kent Clizbe at 6:42 AM No comments: