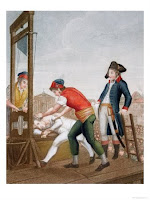 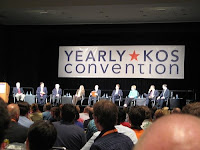 Fullbright Scholar--Ratting Out America on Our Dime

The Fulbright scholarship program is a US taxpayer funded academic exchange program. US citizens who accept money from the Fulbright program, travel to foreign countries to undertake research.

These US citizens are provided full support from the local United States government representatives, namely the staff of the US embassy in the country in which they are working.

These Fulbright scholars are accorded special privileges, which are not provided to ordinary US citizens abroad. They enjoy the support of the US embassy, and the special aura that surrounds an American affiliated with the US embassy in a third world country.

US Citizen Fulbright scholars do not carry some sort of United Nations passport, nor are they "citizens of the world." They are US citizens, with the full rights and responsibilities of any other US citizen.

During this briefing, the ARSO mentioned to the scholars and volunteers that the US embassy was interested in the whereabouts and activities of third country citizens in Bolivia, specifically Cubans and Venezuelans.

Clearly a patriotic internationalist, van Schaick ran crying to ABC News to reveal the US Embassy's interest in Cubans and Venezuelans in Bolivia. ABC broke the story with screaming headlines and a full network news story, now ricocheting around the internet.

Bolivia responded by closing a police training academy funded by the US embassy. In addition, it appears that they canceled other security and intelligence cooperation programs with the US.

The simpering hero of this story, van Schaick, was quoted as saying "I was in shock. My immediate thought was 'oh my God!Somebody from the U.S. Embassy just asked me to basically spy for the U.S.Embassy.'"

What the ARSO asked van Schaick to do was not espionage. It was not spying. The ARSO has a very difficult job, being responsible for the safety and security of all US citizens in his country, including twits like van Schaick. The ARSO's responsibility is a daunting and difficult assignment. It is not made any easier by having unwilling, ignorant, misguided charges.

His reporting of an internal conversation within the US embassy to the Bolivian government borders on espionage, against the United States. It also borders on treason. At the very least, it is ungrateful. His reporting to the Bolivian government is a slap in the face to each and every US citizen taxpayer that provided him funds to travel to Bolivia to pursue his studies.

The privileges and responsibilities accorded the taxpayer-funded "scholar," van Schaick, should be immediately withdrawn from this ignorant researcher of "land use issues among largely indigenous farmers in Bolivia's eastern lowlands."

In the future, if the US government provides services to Fulbright scholars, such as security briefings, the Fulbrighters should be required to sign nondisclosure agreements. They should also be advised of their right to leave the country immediately and to cancel their scholarships, grants, and other funding, if they disagree with what they hear from US officials.

We deserve no less than full cooperation from all taxpayer-funded individuals anywhere in the world. If the van Schaicks of the world believe that their allegiance is owed to some higher power, or to another country, then let them answer to that higher power or the other country. And let the higher power, or the other country, fund their activities. For now, we need to immediately recall van Schaick, strip him of all US government funding,and explore options for dealing with his treasonous actions. In the meantime, the ARSO should be rewarded for doing his job.

PS: Here is the financial deal that the ungrateful rat is receiving from US taxpayers (source: IIE Website, http://www.iie.org/cies/download/2007_08AWARDS_CATALOG.pdf) :

Allowance of $1,000 for books and
educational materials.

Posted by Kent Clizbe at 6:26 AM No comments: